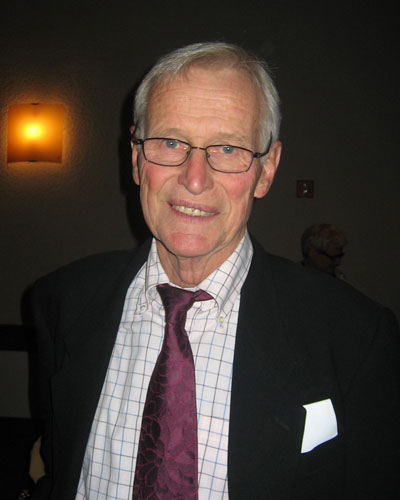 It is with great sadness and shock that I am writing this message to inform you of the sudden death of Wolfgang Nehring.  Wolfgang has been a long-time, highly engaged PAMLA member.  He served as President from 2002-03 and was on the Executive Committee for many years.   He was a mentor professor and scholar to numerous PAMLA members, myself included, during his tenure as professor in the Germanics department at UCLA.  He was a regular, active participant in PAMLA conferences, presenting numerous papers and chairing sessions.  He introduced so many of his graduate students to PAMLA, and many, such as myself, delivered their first conference papers at PAMLA because of his encouragement.  We all will miss his passion for literature and his sharp analytical insights.  His own words from his UCLA website speak most truthfully to that passion:

“To this day, I believe that the study of literature is the most intriguing way to investigate our historical past and present with all their intellectual, emotional, psychological, and social complexities. In addition, I think that nothing stimulates our imagination and creativity more than this kind of study.”

I know that so many of us will miss Wolfgang tremendously, not only at PAMLA conferences, but in our professional work and personal lives.

Our condolences and thoughts go out to Wolfgang’s family, his wife Christa, daughter Cristina, and grand-daughter Eurydice.