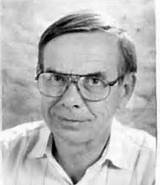 Jens Rieckmann, Professor Emeritus of German at the University of California, Irvine died on December 8, 2013. He was only 69 years old—too young to pass away and to leave behind his beloved partner of 43 years, David Perkins; his many friends; his books; and his home with its well-stocked kitchen and its beautifully tended garden in Amherst, New Hampshire. But congestive heart failure cut short the life of one who touched many of us—with his intellect as much as with his open and warm personality.

With Jens Rieckmann, the fields of German and Austrian Studies have lost one of their most learned and prolific scholars. But Jens’ legacy does not consist merely of his books and countless articles. Rather, he also leaves behind several generations of students—undergraduates, graduate students, and “Doktorkinder.” Those of us who were fortunate enough to sit in his classroom and to work with him perceived in him the rare and brilliant teacher who was a strong academic influence, but who nevertheless taught us to look for our own voices so that we might become scholars not in his image, but rather in our own right, able to use as a model for ourselves his professional ethics and intellectual integrity while setting out on our own path to be the best scholars and teachers we know how to be. I had the great privilege of being one of Jens’ students—he was my doctoral adviser when he taught in the Department of Germanics at the University of Washington in Seattle, and after he left Seattle to teach at the University of California, Irvine, he flew back to the Pacific Northwest to be present at my dissertation defense. Really, though I have been in the profession for over two decades now, Jens never stopped being my adviser—and just like he remained my adviser, he also remained an adviser and trusted friend to many of his former students. A few short days before his death, his voice straining but his mind crystal-clear, he told me on the phone about a Kafka paper another one of his “Doktorkinder” had sent to him to ask for his feedback on this piece of scholarship.

This kind of generosity—in deed and of spirit—was a hallmark of who Jens was, as a scholar, as a teacher, and as a friend. Jens’ writing is marked by a careful choice of words—his sentences are beautifully crafted, his arguments are intricately wrought, and his research is exhaustive. In his thinking, Jens was exact, nuanced, and subtle, and yet he never was nitpicky. An openness characterized his thought and his outlook on the world that found both expression and one of its complements in his sense of humor. Jens’ humor had many registers—at turns, it became manifest as a sly and quick and marvelously funny wit; as a laugh and big smile about a cosmic irony or about a well-crafted joke; or as a conciliatory and gentle chuckle.

This openness and sense of humor also were a hallmark of Jens’ seminars. His expositions of texts, of their history, of their scholarly reception, while bearing the imprint of his gravitas as a scholar, nevertheless were characterized by a lightness that was owed to their clarity and accessibility. As importantly, Jens was an exceptionally good listener. Just as he was able to listen to a narrative voice in a text, he also was able to listen to his interlocutors. And his open gaze could apprehend texts as well as social and interpersonal situations, both in the classroom and in the world. Jens had about him an alertness, a clear-eyed way of being in the world, that allowed him truly to be present when he spoke with his students, with his colleagues, and with his friends.

Jens Rieckmann studied at the Universität Göttingen and then took is Ph.D. at Harvard in 1975. He first built a research profile through his scholarly engagement with Thomas Mann. His landmark study on Thomas Mann’s Zauberberg appeared in 1977. And while Jens continued to make important contributions to the literature on Thomas Mann for the duration of his career, he added soon after the publication of his Zauberberg monograph a second area of specialization to his portfolio, namely that of Viennese Modernism. Along with Dorrit Cohn’s 1980 reading, Jens’ 1981 interpretation of Hugo von Hofmannsthal’s “Das Märchen der 672. Nacht,” “Von der menschlichen Unzulänglichkeit,” heralded not only Jens’ entry into the scholarship of Viennese Modernism, but also an important new phase in the reception of Hofmannsthal’s enigmatic narrative: in his German Quarterly article, Jens forged an understanding of Hofmannsthal’s text that fused historical erudition, the context of Hofmannsthal’s biography, attention to textual detail, an appreciation for psychoanalysis, and a nuanced understanding of genre into a powerful reading of the text as a psychological Künstlernovelle.

Soon after, in 1985, Jens published a monograph that to this day is as influential as it is indispensable for scholars of turn-of-the-century Viennese literature, namely Aufbruch in die Moderne. Die Anfänge des Jungen Wien: Österreichische Literatur und Kritik im Fin de siècle. In this study, Jens retraces and recounts the early history of Viennese Modernism through a close examination of both private and public writings of members of the loosely organized group of intellectuals we now think of as Jung Wien. Jens reconstructs for his readers the complex web of relations and relationships between thinkers and writers whom literary history has turned into major figures, such as Schnitzler and Hofmannsthal, and those of whom we now tend to think as more peripheral, such as Felix Dörmann. As he did in much of his other scholarship on Viennese Modernism, Jens argued in Aufbruch in die Moderne that to understand the Jung Wien writers as primarily decadent was to misunderstand as narcissistic solipsism their belief that literary form needed to become self-reflexive if it was to lay claim to a continued relevance in modernity.

Building on the historical narrative he presented in Aufbruch in die Moderne, Jens published multiple essays examining the literary relations between various writers and intellectuals in fin-de-siècle Vienna: Hofmannsthal and Hermann Bahr; Hofmannsthal and Leopold von Andrian; Hofmannsthal and Richard Strauss; and Hofmannsthal and Stefan George, to name but a few. In the process, Jens made crucial contributions to Jewish Studies (one should name in this context in particular Jens’ 1993 Deutsche Vierteljahrsschrift article on “Hofmannsthals jüdisches Erbe”) and to Gender and Sexuality Studies. In a 1989 Orbis Litterarum article, Jens parsed the relationship between aestheticism and homoeroticism in Hofmannsthal’s writings, and in a 1993 German Quarterly article, Jens examined Hofmannsthal’s vexed relationship both to Jewishness and to homosexuality. Jens’ important 1996 reading of Leopold von Andrian’s Garten der Erkenntnis in the context of turn-of-the-century homoerotic discourse helped prompt the realization that many Viennese modernist texts could fruitfully be examined with the tools of Gender and Sexuality Studies. In 1997, Jens published another monograph, Hugo von Hofmannsthal und Stefan George: Signifikanz einer ‘Episode’ aus der Jahrhundertwende. Here, Jens combined close readings of personal, intellectual, and social history; poetry; and discourses on gender and homoeroticism to advance a nuanced understanding of the complex and fraught relationship between Hofmannsthal and George, as well as of the importance this relationship assumed in the poetic evolution of both writers. This milestone study on Hofmannsthal and George was then followed, in 2005, by the publication of A Companion to the Works of Stefan George (Camden House), a collection Jens edited.

Over the course of his career, Jens held teaching positions at the University of Virginia; at the University of Washington; and, eventually, at the University of California, Irvine, where he also served as Chair of the Department of German. Jens retired from teaching almost 10 years ago, in the summer of 2004. Jens and his companion David then moved full-time to their former summer residence in New Hampshire, a beautiful old farmhouse in the town of Amherst. I suppose, though, it is not quite accurate to say that Jens retired from teaching. While he left the classroom in 2004, he continued to be a trusted adviser and intellectual interlocutor for many of his former students, and he continued to be engaged in the life of the profession through his friendships with former students and colleagues. The home Jens and David made in New Hampshire became a place where visitors were always welcome, and the warm hospitality with which Jens and David received their guests was accompanied unfailingly by the delicious meals Jens would cook, by long walks through beautiful New England landscapes, and by intellectual and personal exchange.

Jens published his last essay, “Hofmannsthal after 1918: The Present as Exile,” in 2012. In this last essay, Jens speaks of the “profound, abiding sense of loss” Hofmannsthal experienced after the collapse of the Habsburg Empire in 1918. Jens’ death in December 2013 caused in many of us just such a “profound, abiding sense of loss.” With Jens Rieckmann, the fields of German and Austrian Studies have lost one of their greats. And many of us have lost a dear friend we will forever miss.