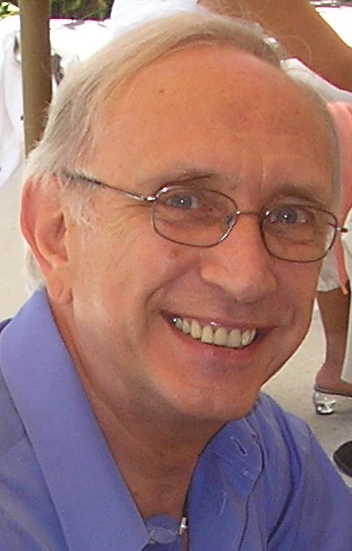 Sadly, PAMLA has lost another longstanding, active member: Hans Wagener, Professor of German at UCLA. Hans was PAMLA President from 1990-1991 and a frequent presenter and presiding officer at PAMLA conferences. In his presidential speech at the PAMLA conference in Las Vegas in 1991, entitled “Winning the Jackpot: German Writers Who Made It Big” (published in Pacific Coast Philology, Vol. 27, Nr. 1, pp. 3-9), he first gives an overview of German writers who emigrated to the United States with hopes to “make it big.” Many, he explains, ended up struggling financially. He then focuses on Franz Werfel, whose book The Song of Bernadette (1942) “became one of the most successful books in the history of American publishing to that date” (5). Although this talk is just a small piece in the vast amount of scholarly books, articles, biographies, editions, and conference papers that Hans produced during his prolific career, it still epitomizes his passion for interpreting literature and authors in the context of their historical and political times.

The breadth of Hans Wagener’s scholarship is astounding. From numerous publications on German Baroque literature (including a book on the German Baroque novel and an edition of Gryphius’s drama Carolus Stuardus), to a book on Erich Maria Remarque and other topics of war literature, to several biographies and monographs on twentieth-century German writers, such as Erich Kästner, Stefan Andres, Frank Wedekind, Gabriele Wohmann, Sarah Kirsch, Siegfried Lenz, Carl Zuckmayer, Franz Werfel, Lion Feuchtwanger, and Robert Neumann, Hans’s research touched almost all historical and political periods in German literature from the seventeenth century onwards. Indeed, interpreting literature against its historical and political backdrop was his passion. In his own words on his UCLA website, Hans states that he was always interested “in literary texts as an expression of their authors’ views and of the aesthetic, historical, and political debates of the times in which these texts were written.”

A glance at all the PAMLA conference programs and publications from the mid- 1980s through the first decade of the 21st century reveals Hans’ name consistently, either as a PAMLA officer, a co-editor of PCP, a presenter, or a presiding officer for a session. Outside of PAMLA he remained active; even in the last year of his life, as he was battling cancer and undergoing chemotherapy, he was working on an edition of Stefan Zweig’s Sternstunden der Menschheit for Reclam Publishers in Germany, and he presented a brilliant talk on Stefan Zweig for the opening of the Stefan Zweig exhibition at Scripps College. He also agreed to write a book review for Renate Moering’s edition of Joseph von Eichendorf”s poem “Schläft ein Lied in allen Dingen” to be published in Pacific Coast Philology. In addition, he was considering submitting a paper for the PAMLA conference in San Diego.

PAMLA members will miss his wealth of knowledge, his sharp analytical mind, and his enthusiasm for the organization. We send our heartfelt condolences to his wife, Gertraud, and to all his family and friends.