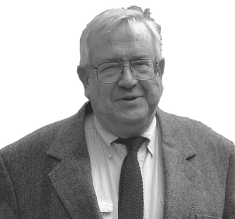 Professor Hertling grew up in Germany, where he received his secondary education. In 1948, he came to the United States. After a few years in Pasadena, he sought his undergraduate degree at UC-Berkeley where he majored in Comparative Zoology with a minor in History. He earned his Ph.D. at Berkeley with a doctoral dissertation on the work of Ricarda Huch. Hertling then joined the faculty of the Department of Germanics at the University of Washington where he taught, published, and served the department and university for nearly fifty years before his full retirement in 2006. He was a highly active member of the Pacific Ancient and Modern Language Association that he served as member of its Executive Committee and as Second Vice President, Vice President, and President (1995-1996). He was also an active member of many other professional organizations in the United States and abroad.