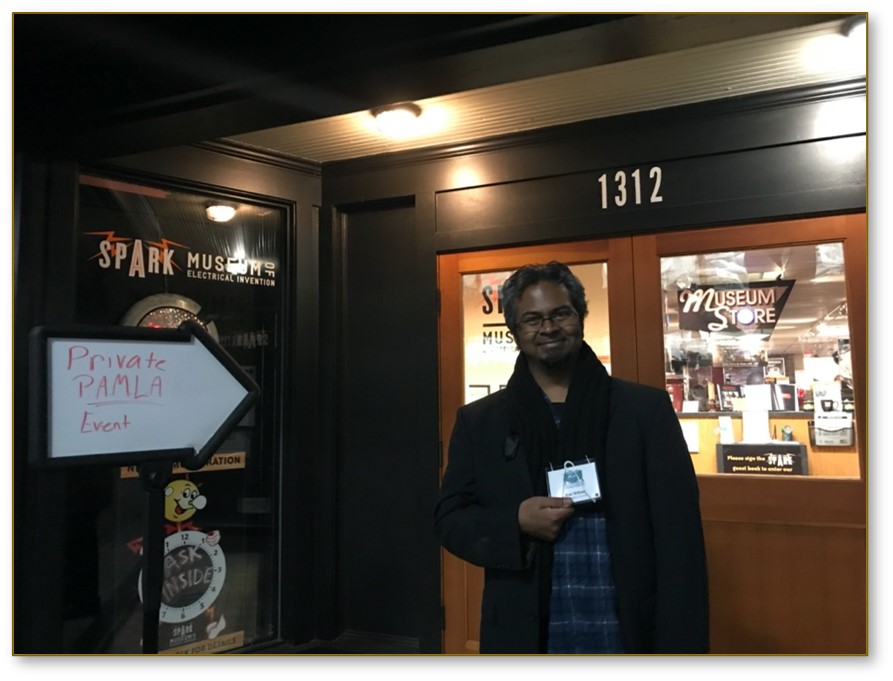 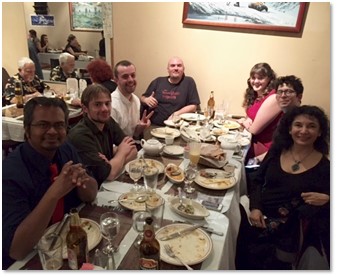 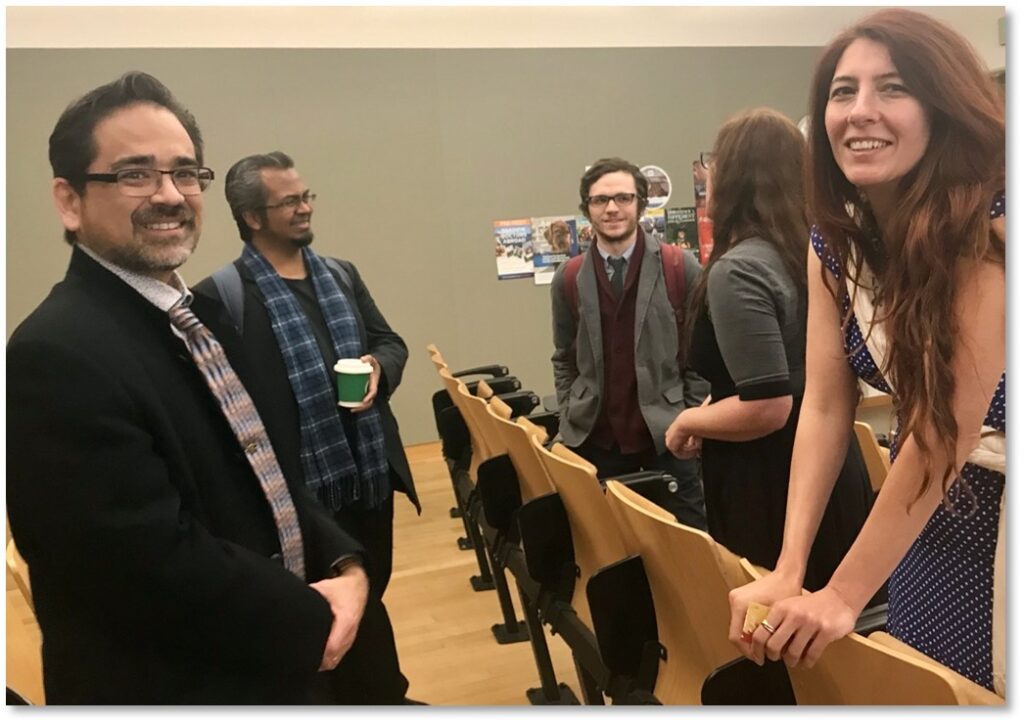 Ron Miland deeply cared about the environment and all things sciencey, and both loved and lived his favorite lines from Stephen Hawking: “Remember to look up at the stars and not down at your feet. Try to make sense of what you see and wonder about what makes the universe exist. Be curious.” Among Ron’s many activities, he was the founding member of the EcoCritical Collaborative, a group that gathered together a group of like-minded curiosity-filled people who were passionate about the environment and how best to work on addressing climate change.

Those who met Ron would often be struck by his delightful unconventionality and ability to look at things in unusual ways, and by his unfailing kindness, good heartedness, and infectious sense of humor. I first met Ron several years ago while attending one of the many fun special events PAMLA holds, in this case the wonderful lecture on ‘junk art’ and tour of Tio’s Tacos’ amazing entire-city- block of recycled art in Riverside, California. As often happened with him, we soon became good friends, and meeting up for a meal or attending a special event together became an additional thing to look forward to at each year’s PAMLA conference.

With his passing PAMLA has lost another longtime, dynamic member. Ron was active at the annual PAMLA conferences for the past several years, presiding over sessions and presenting papers as so many of us do – but like everything else he did in life, he added his own special touch to the conference experience. He not only attended just about every event PAMLA had to offer with gusto, but created his own little events with his knack for gathering interesting people around him in true Pied-Piper fashion – as the following little story illustrates.

When the 2016 PAMLA conference in Pasadena was coming up, my husband and I arranged to meet Ron for dinner at 6 PM at the wonderful little Tibet Nepal House in Pasadena the evening before the conference was to begin. Well, 6 PM rolled by, as did 6:10 and 6:15…with no sign of Ron. And then we spotted him. He was walking briskly up the street towards us…followed by a large group of “his participants,” other conference folk, most of whom he had met for the first time on that short walk from conference hotel to restaurant – and all of whom had happily accepted his invitation to dinner. Suddenly, a quiet dinner of three had become a little party; needless to say, it was a wonderful evening of fun, conversation, and camaraderie (see second photo above).

The world is a poorer place without Ron. But I think we can safely guess that wherever he is, he is asking a bundle of questions and working out what makes the universe exist. Perhaps he has it all figured out, and can’t wait to share his findings with us some day, as we all sit together at some starry PAMLA event in the sky.

Until then, the PAMLA family will miss your bright presence each year, Ron.

Note: We thank Dr. Shefali Rajamannar (Associate Professor of Writing, University of Southern California) for writing such a beautiful, touching tribute to Ron.